GREEN MOBILITY
For a healthy mind, body and planet

Covid-19 has certainly done one positive thing. Namely, it has allowed people to get off their busy schedules and the pandemic has forced us to relearn how to walk and cycle.

The World Health Organisation (WHO) has called on people to walk, cycle or choose other forms of micro-mobility to get around and cover the necessary distances.

Several examples of such initiatives are known, such as Paris and the conversion of 50 kilometres of roads into cycle lanes; Brussels, which has extended its cycle network by almost 40 kilometres; Berlin is another example, where "pop-up" cycle lanes have been installed in some districts.

Still, this is not enough to escape our climate crisis. You, as an ordinary citizen, still have the power to do something about the polluting CO2 emissions.

Sustainable mobility is generally defined as mobility that is in harmony with human and environmental health. While unsustainable transport contributes significantly to climate change and has a negative impact on people's health, trains, buses, bicycles and electric cars significantly reduce CO2 emissions and make our cities more liveable. 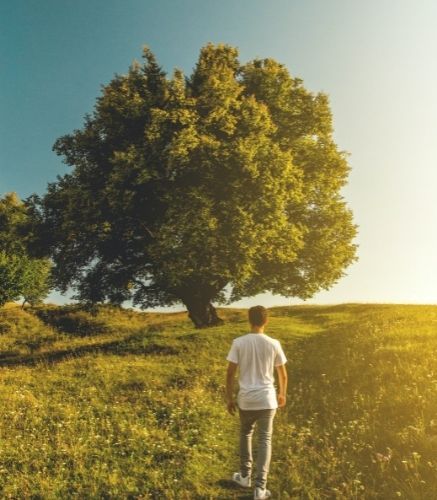 People who walk or cycle to work live healthier lives, combat physical inactivity and keep fit. It has also been proven that leaving your car in the garage improves your mental health because you don't have to deal with the hectic chaos of the streets. So not only is it best for the environment to walk or cycle, it's also a great benefit to yourself and your health.

A new kind of green mobility is also the option of renting cars on the street, for example in Munich with BMW's DriveNow system. Not only does this cost little, it is also very practical if you have to travel a distance that is difficult to reach on foot, by bike or by public transport.

The next time you're going somewhere and you have the option of walking or cycling, do it. If you are lucky enough to live close to your work, choose the most sustainable way of getting around, your feet! You will not only feel more awake and alive, but your health will be grateful for a long time to come!

Be CORAgeous and leave your car at home next time!


in CORA Lifestyle
TO GIVE IN OR NOT TO SALES?
It's time for sales and bargains. How can you buy well without ending up with useless things? 5 tips for taking advantage of sales with a good head.